"Wow" is just about the best way we could sum up @ETHGlobal's #ETHSanFrancisco. 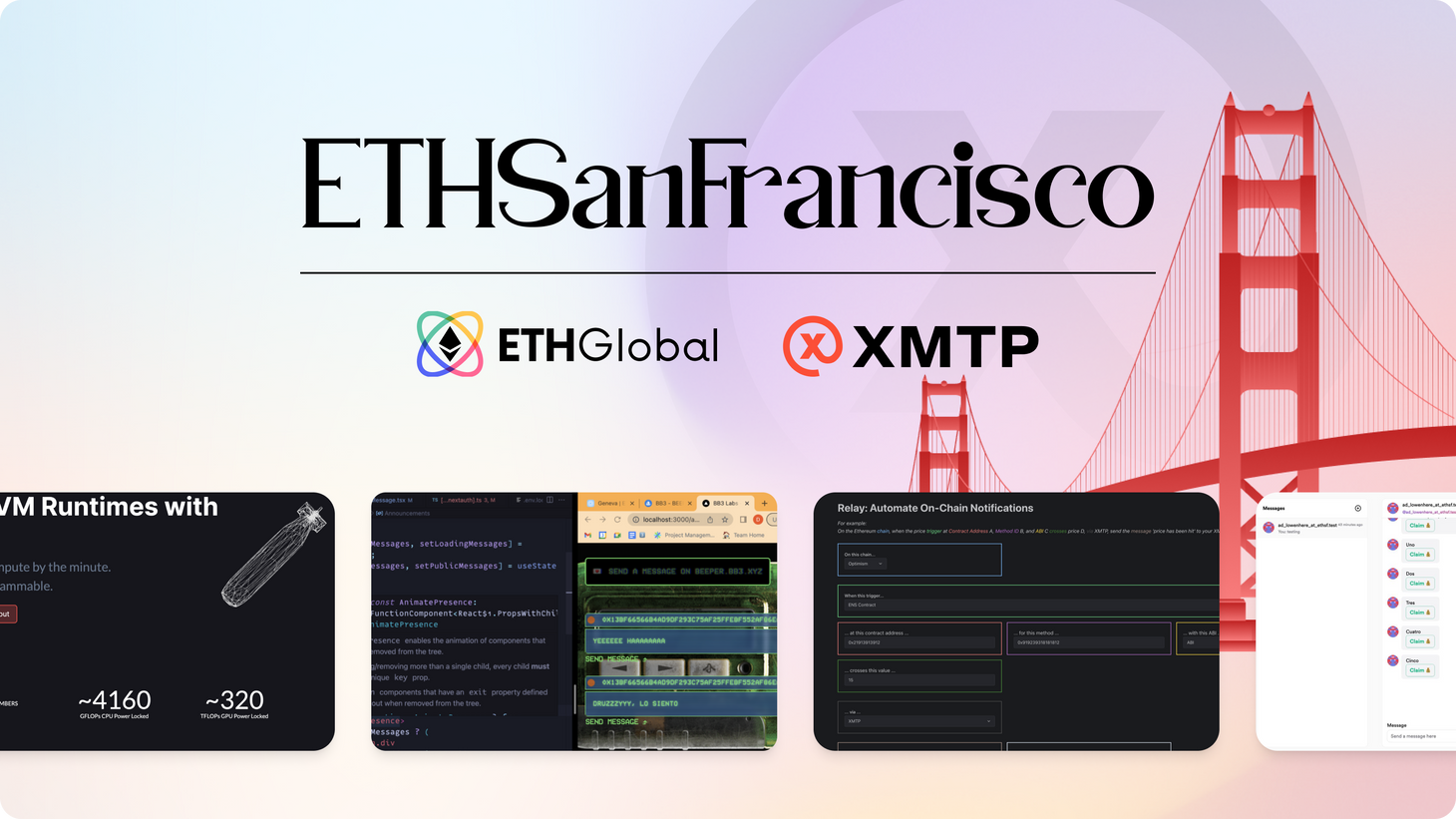 30 teams built with XMTP, exhibiting a level of quality and novelty that blew us away. And top it off, two of them were event finalists.

Here were our top picks for our prizes:

Also an event finalist! NFT beeper with XMTP as the message relay to broadcast messages to owners. They also swapped their infra in favor of going all in on XMTP. 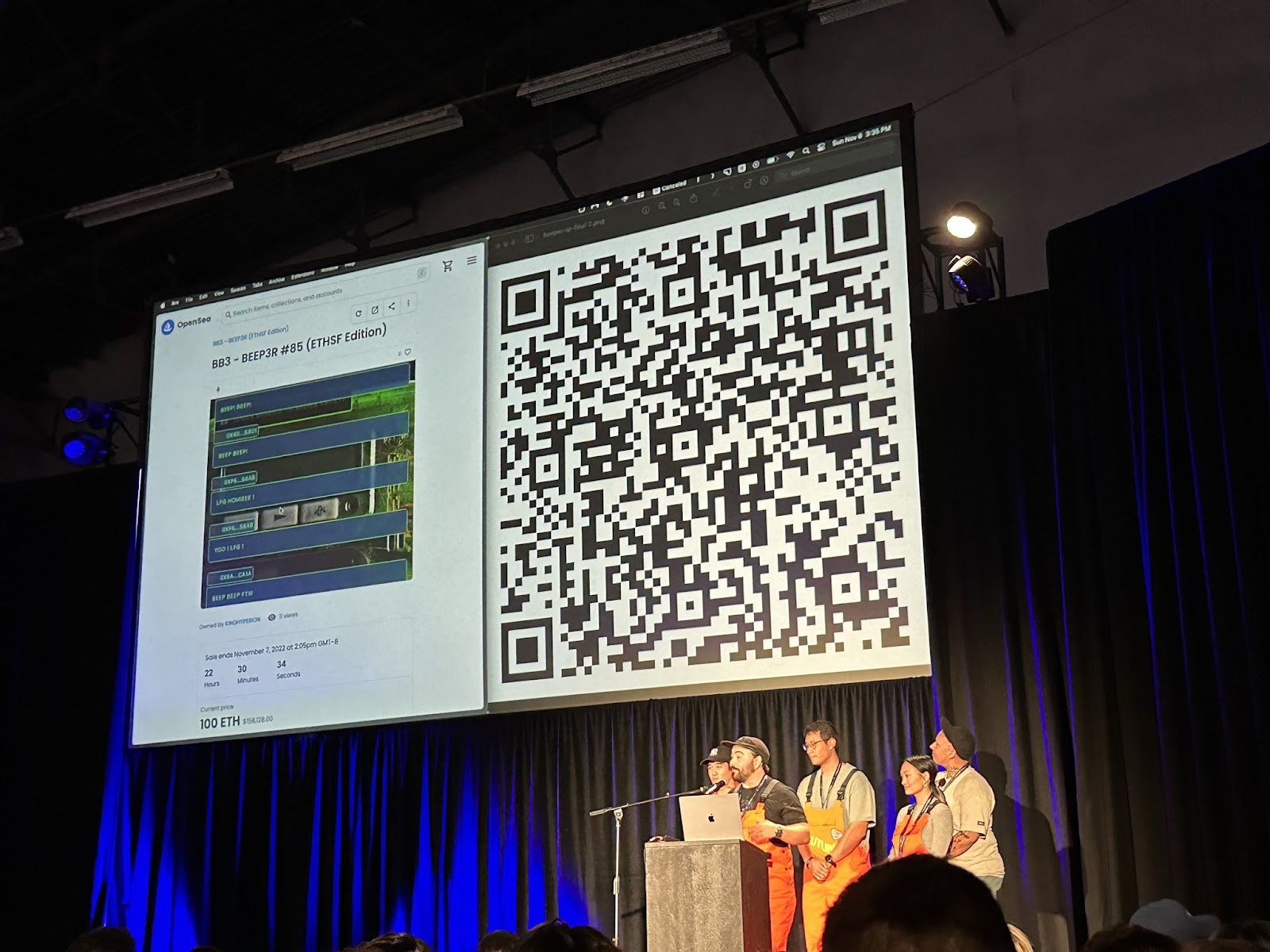 Torpedo for Best Use 🥇​

A crypto marketplace for trading cloud compute. The team used XMTP as an E2EE transport layer to securely transfer session keys peer-to-peer between a provider and buyer. Also won a @MidpointLabs prize! 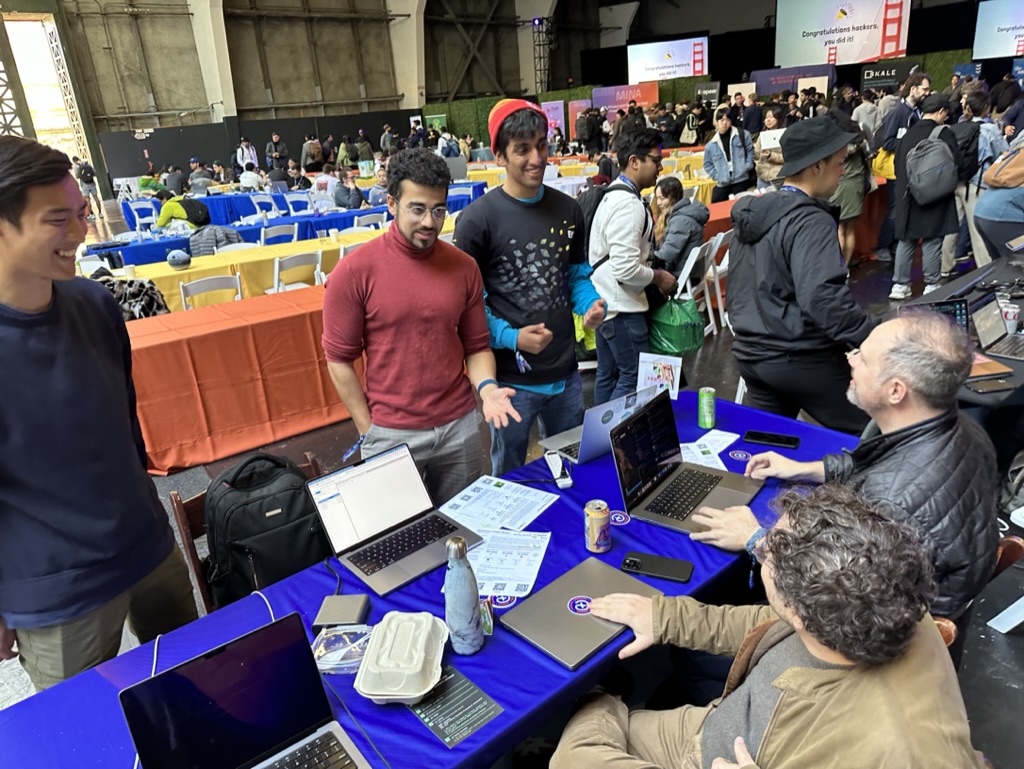 Relay for Runner Up 🥈​

A web3 Zapier which can automate notifications on EVM chains. With Relay, users can configure triggers to generate messages from on-chain activity, delivered with XMTP.

PreshMail allows users to be paid to receive messages through XMTP. It has a dynamic pricing model for attention, (based on on-chain behavior), and is a great example of how web3 will change the attention economy.

Decentral Couch with an Honorable Mention 🥉​ 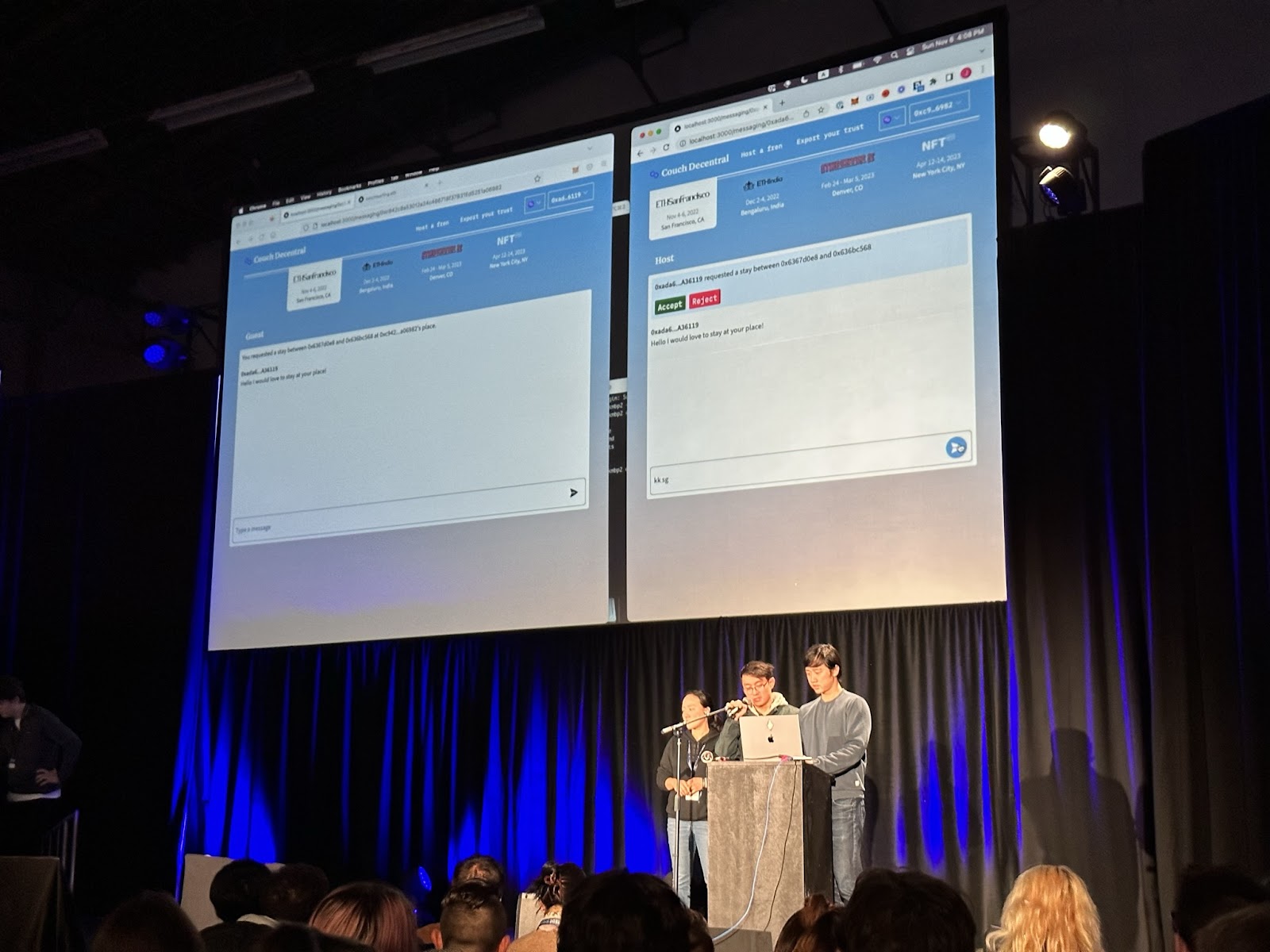 GameChat got an Honorable Mention 🥉​

A web3-native gaming chat client which used zero-knowledge proofs to allow players to gain additional privileges within chats through identity verification, without revealing details or self-doxxing.

Confi with an Honorable Mention 🥉​

Altogether it was an incredible event. With 1,700 devs across 34 countries, #ETHSanFrancisco was the largest IRL @ETHGlobal event yet!

Developers continued to amaze us, building apps on XMTP that went far beyond DMs, chat, and obvious messaging use cases.