This topic provides an introduction to the architecture of XMTP (Extensible Message Transport Protocol) and how it supports messaging between blockchain accounts.

You can use this information to get an overview of how XMTP works and how building with XMTP can fit into your architecture and environment.

At the most basic level, the architecture of XMTP includes three layers:

This diagram shows the key components of an XMTP node. The nodes provide a message API that enables client apps built with the XMTP client SDK to communicate with the XMTP network. The nodes use Waku node software to connect to other nodes and form a peer-to-peer network to relay and store envelopes submitted and requested by client apps. 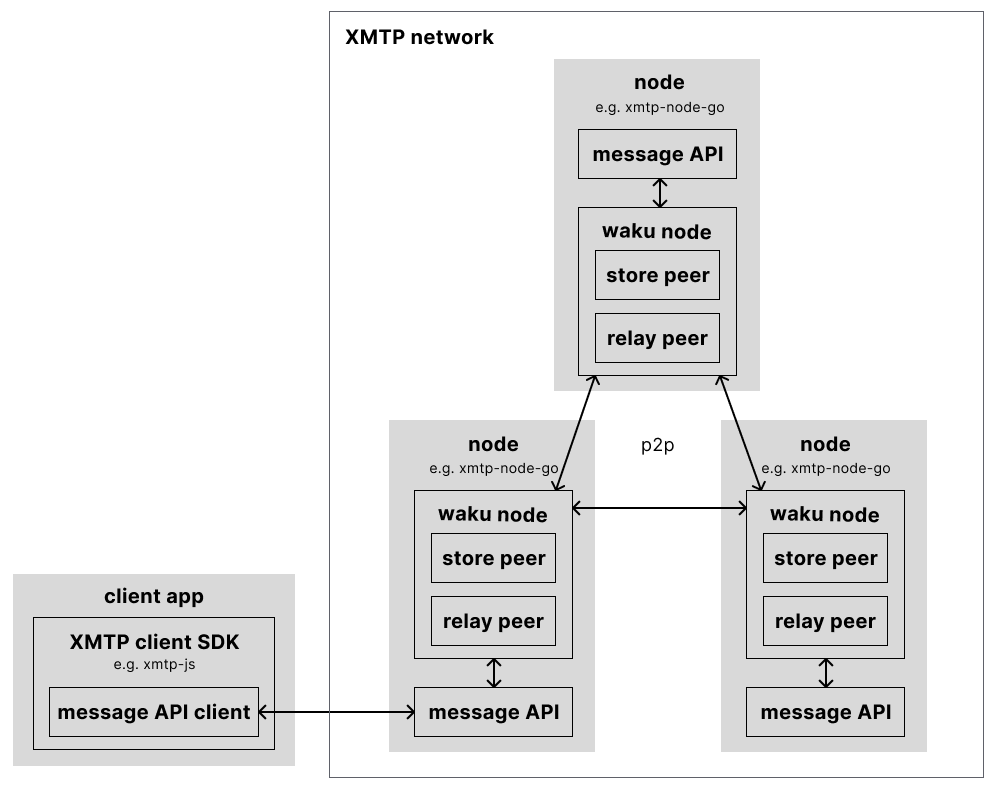 Currently, nodes are configured to rate limit high-volume publishing from message API clients. A rate-limited message API client can expect to receive a 429 status code response from a node. Rate limits can change at any time in the interest of maintaining network health.

Every envelope contains a payload, often encrypted, that is not observable by nodes. The payload could be a public key bundle, private key bundle, or a message created by a client app, but this information is opaque to nodes. Meaning is assigned to these envelopes in the Client layer.

The primary responsibilities of an XMTP node are to:

Here’s a high-level view of how XMTP nodes relay and store envelopes containing payloads submitted and retrieved by client apps built with XMTP:

The primary responsibilities of a client are to:

In XMTP V2, clients use the following topics to perform their primary responsibilities:

This diagram shows how a client app uses these topics to present Bola with a message sent by Amal: 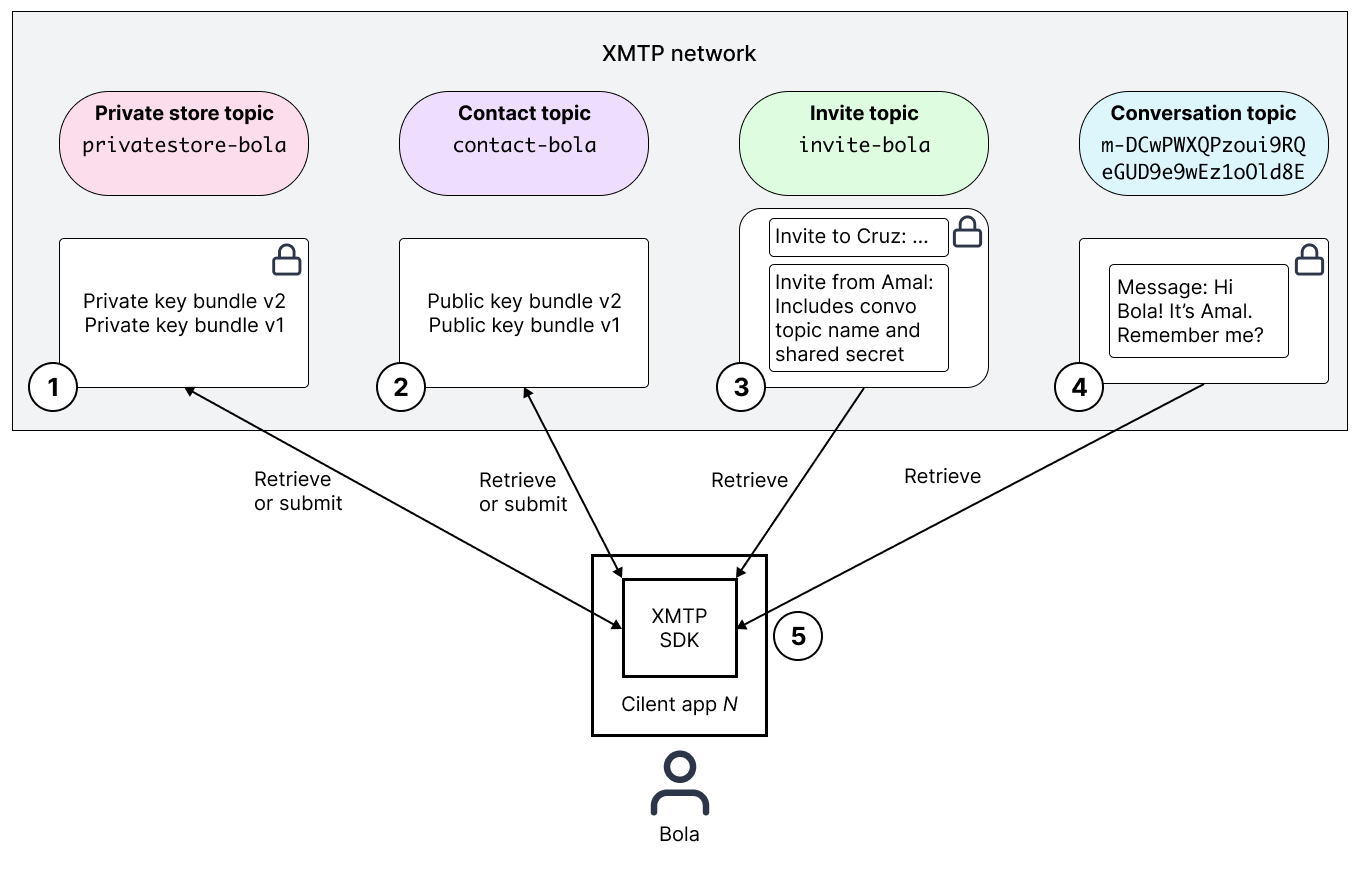 In this flow, the client app:

This section describes how topics and the message presentation flow work for XMTP V1. To understand whether a client app will use XMTP V1 or V2, see Determining whether to use XMTP V2 or V1 topics.

In XMTP V1, client apps use the following topics to perform their primary responsibilities:

This diagram shows how a client app uses these XMTP V1 topics to present Bola with a message sent by Amal: 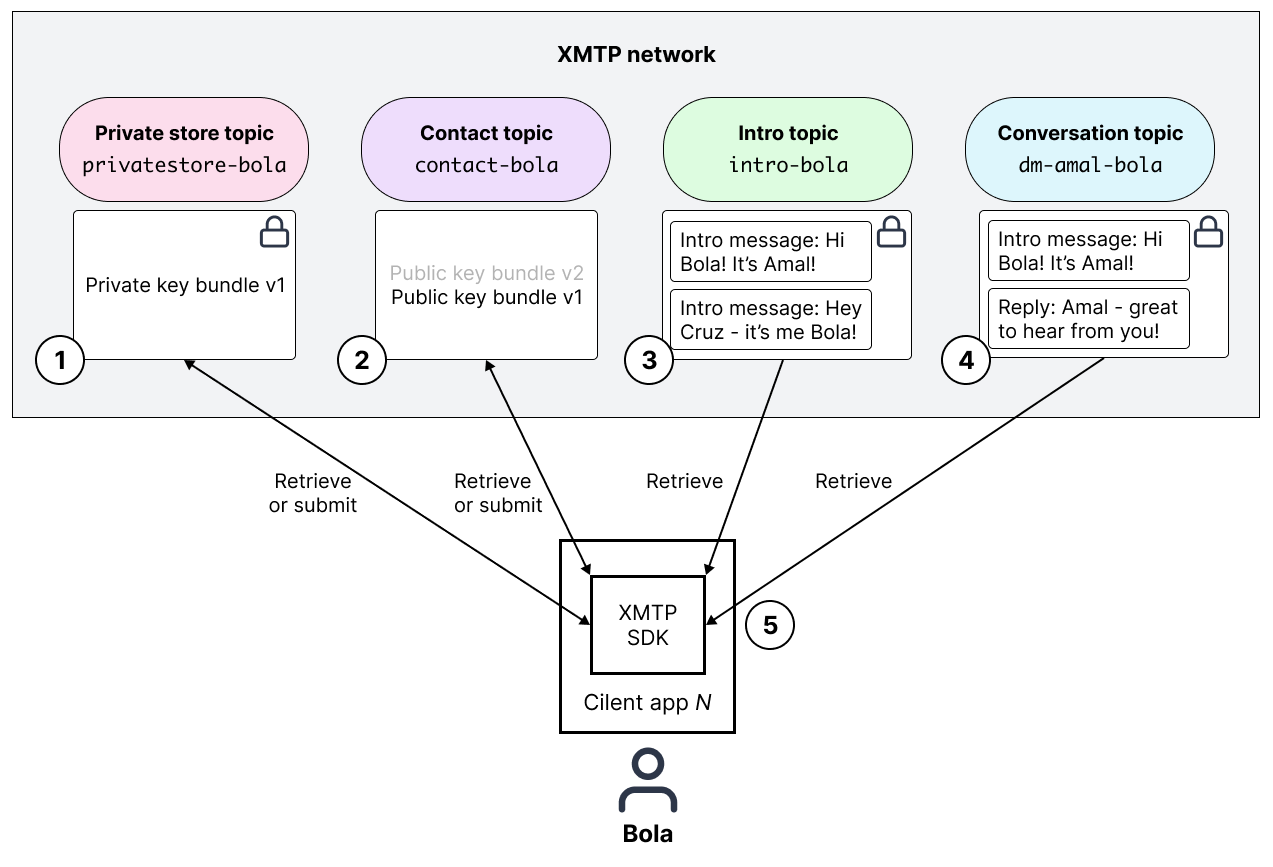 In this flow, the client app:

Determining whether to use XMTP V2 or V1 topics​ 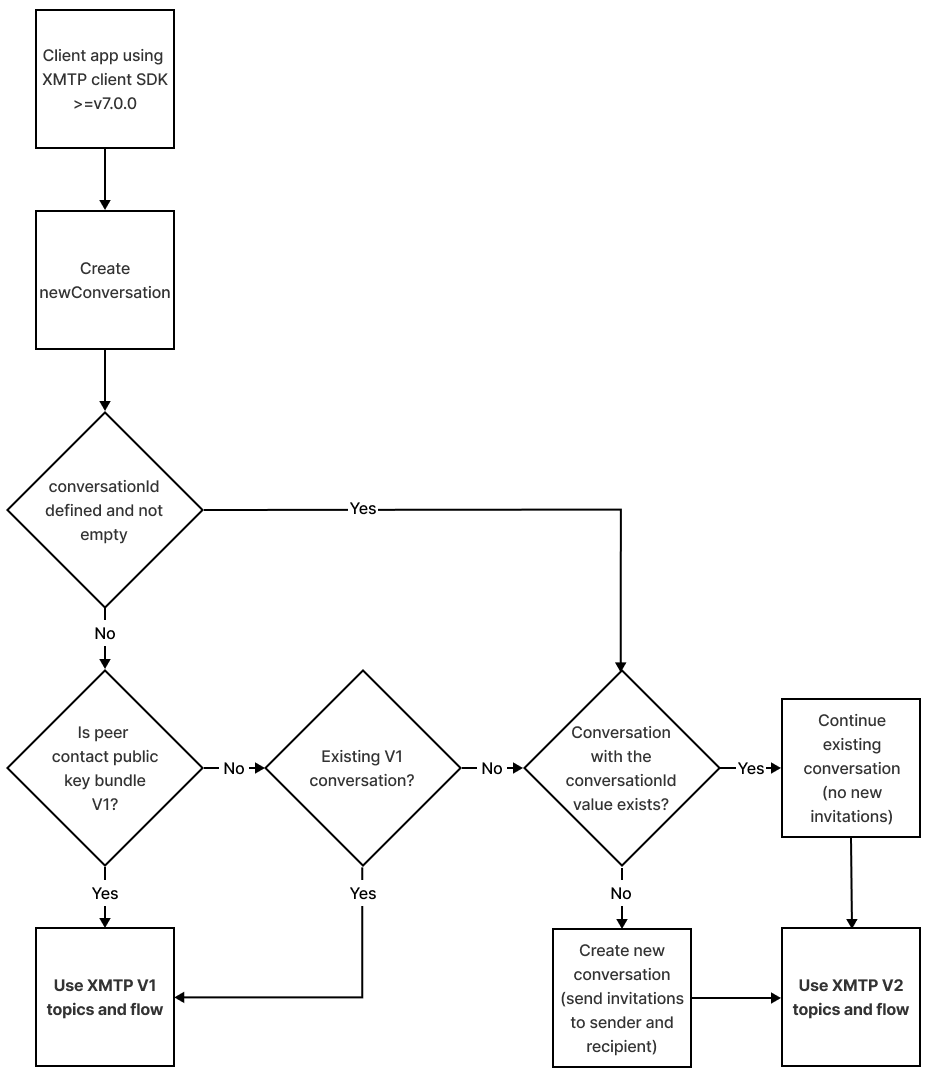 The app layer consists of client apps built with the XMTP client SDK.

A developer can provide messaging between blockchain accounts in their app by building with the XMTP client SDK. When a developer builds with the SDK, their app embeds an XMTP message API client, which communicates with a message API in an XMTP node to handle all XMTP network interactions required to enable their users to send and receive messages. To learn more, see XMTP node diagram.

With XMTP network interactions handled by the message API client, developers can focus on the user-related aspects of building client apps, such as:

Developers can also help shape XMTP by participating in XMTP Improvement Proposals (XIPs) and contributing to XMTP SDKs and tools.

Questions? Give us feedback