Key generation and usage in XMTP

Anyone can verify the user's signature and consider it as an attestation that the IdentityPublicKey is the user's true proxy key since only the user's blockchain account keys could have created the signature.

A client also generates public and private prekeys. A client prompts the user to sign their public prekey with their IdentityPrivateKey.

The prekeys are used to encrypt invitations and sign encoded messages on behalf of an XMTP identity.

There is always only one public prekey for an XMTP identity, which is the most current prekey.

The following diagrams show how a client generates and retrieves identity keys and prekeys. The diagrams also show details of how a client encrypts and stores keys.

To start the flow, a user accesses an app built with XMTP and connects the app to their desired blockchain account using their wallet app. The app then creates a client.

The client checks the XMTP network for keys associated with the account.

If the keys don't exist, the client generates them.

If the keys exist, the client retrieves them.

If the client checks the XMTP network for keys associated with the account and the keys don't exist, the client generates them according to this flow. 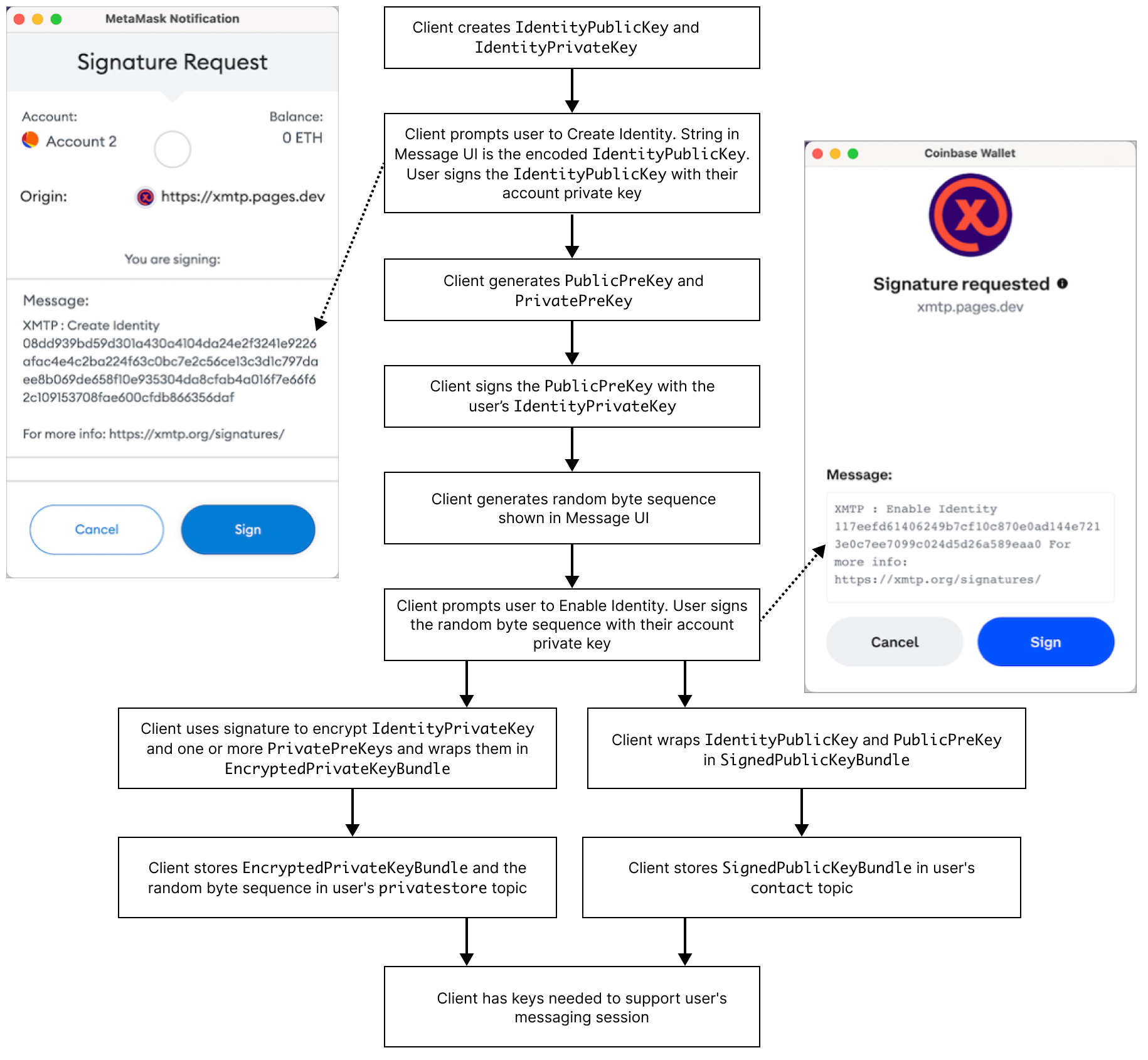 If the client checks the XMTP network for keys associated with the account and the keys exist, the client can retrieve them according to this flow. 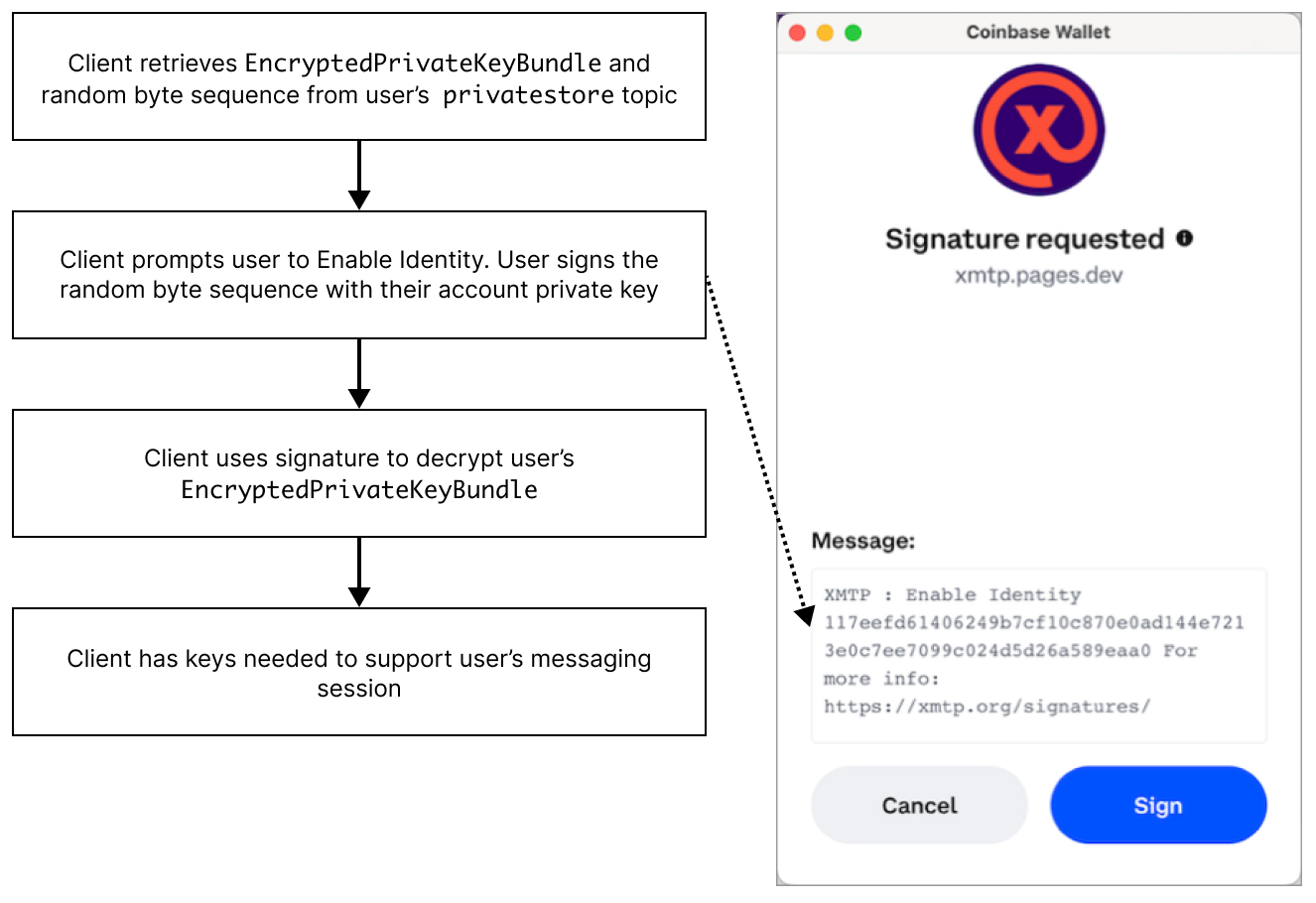 To learn more about keys, see Keys in The XMTP Protocol specification.

Questions? Give us feedback